Tips For Owning A Dog During Hot Summer Months 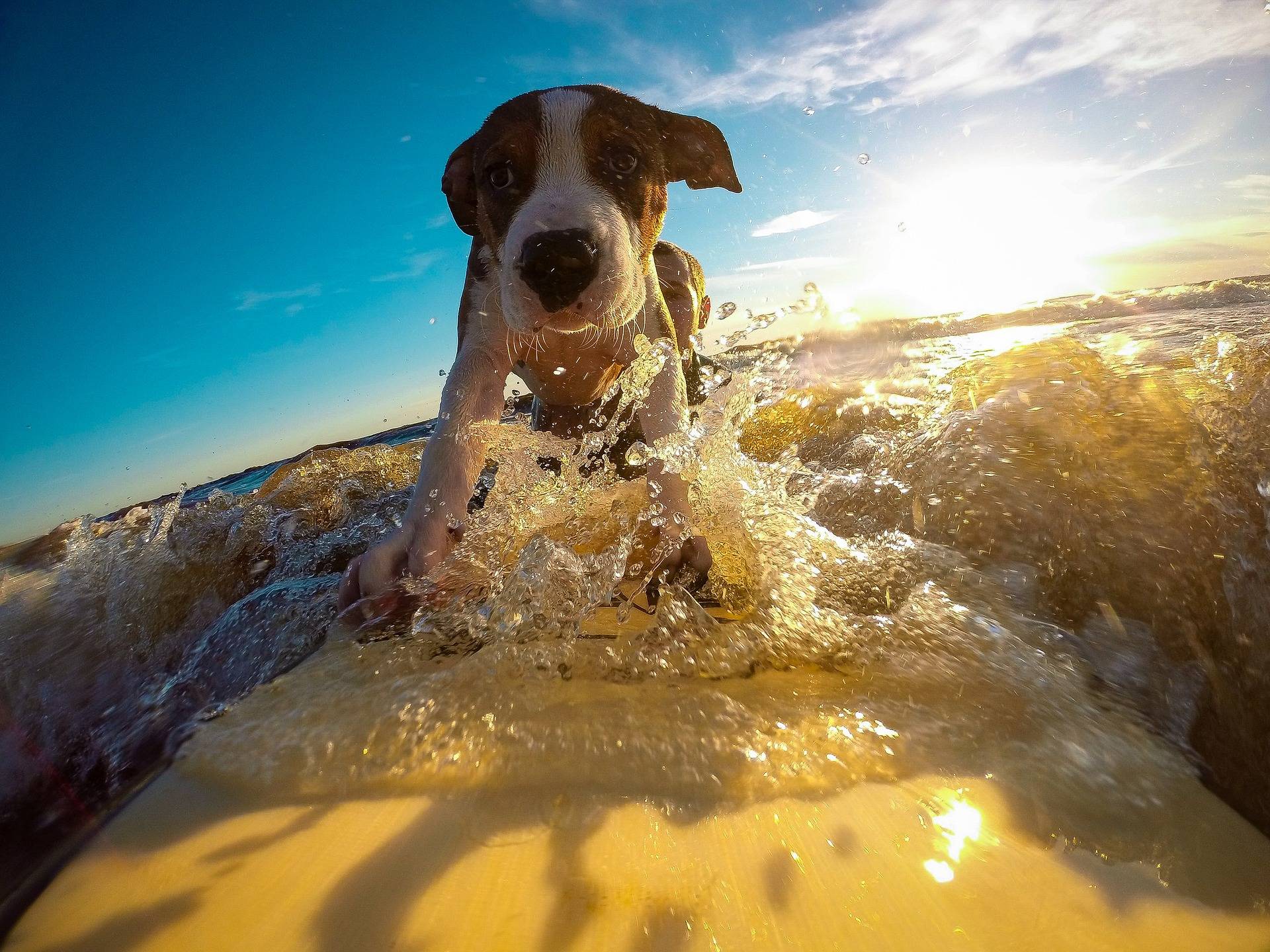 5 tips to get the most out of summer with your dog!

With summer on its way, we’re all excited to have fun, sun and plenty of adventures with our dogs! However, during the summer months, heat stress is something we should be really aware of - but more importantly - be prepared for. Heat stroke in dogs, heat exhaustion, and dehydration are very serious dangers that can lead to brain damage, organ failure, and even death.

Did you know certain dogs are more prone to heat stroke than other dogs?
- For example, brachycephalic dogs already have restricted breathing, so extreme heat can impair this
- Obese dogs - they are carrying extra fat, so bear this in mind because it’s unwanted insulation!
- Dogs with dark coats, solar radiation is absorbed more (rather than being reflected).

Why are dogs so prone to heat stress?

Dogs, like us, get hot in the summer months, and it’s important to keep your dog cool as it can pose a real danger to their health. Aside from the heat itself, there are other usual troubles such as paw burn, wasp & bee stings, ticks, fleas & mites.

We’ve put together 5 top Happy Puppin tips to ensure your dog has a fun-filled summer, without the problems associated with the summer heat! 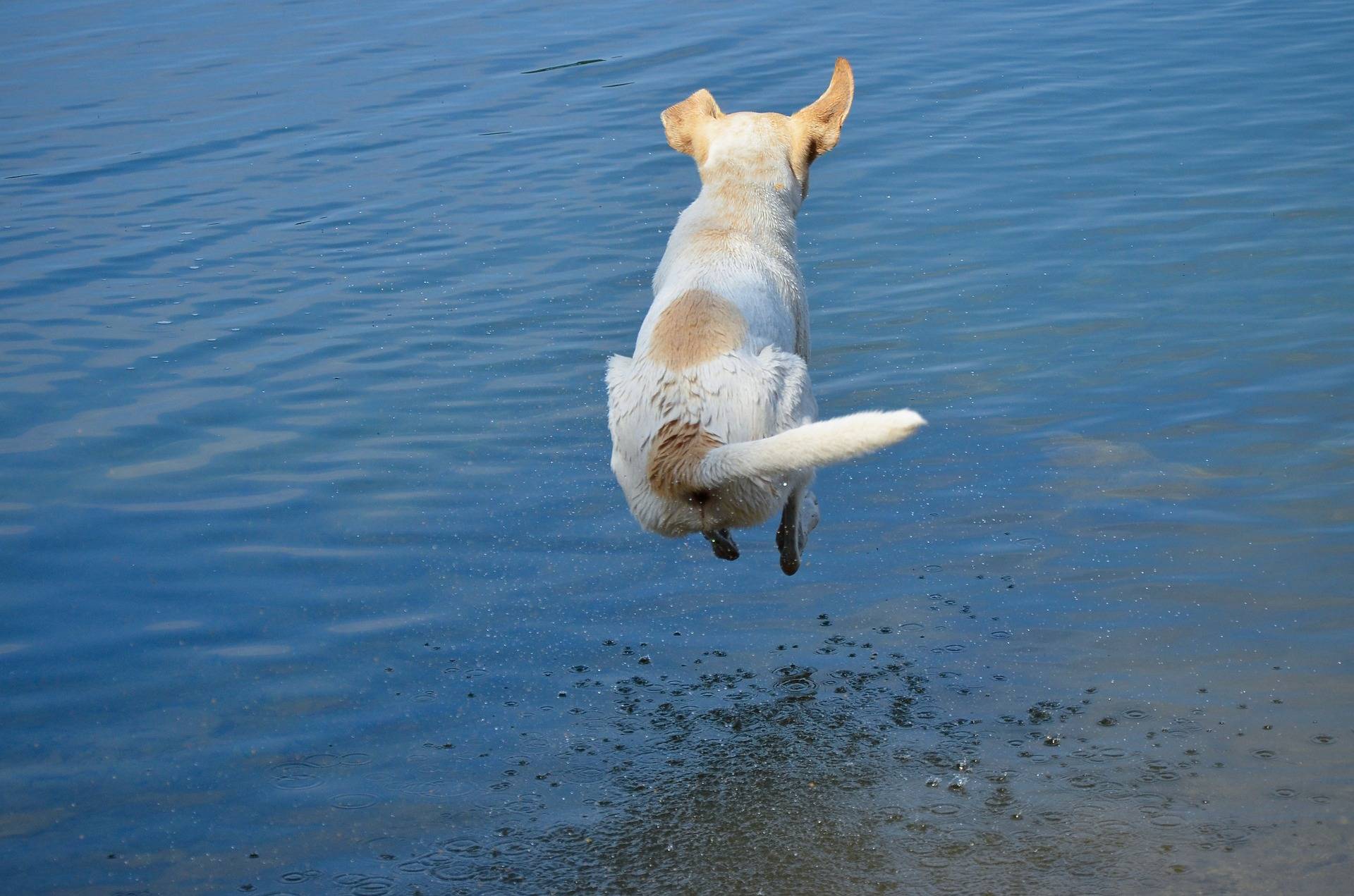 1. Drinking & Feeding
Fresh and clean water - lots of it! Keeping your dog hydrated is one of the most important things for keeping your dog cool. Remember if you’re heading out to take a portable drinking bowl and water bottle for them.
During the months, your dog will likely appear less interested in food than usual. As your dog is going to be doing less running around in the summer heat, they’re not using as much energy - much like humans!
Try ice cubes made with low-salt chicken stock for a treat.


2. Dehydration - signs to look for
Skin elasticity is a sure sign, so here’s a simple check. Gently pick an area of skin on their back into a fold, it should return back into place once you let go. When the skin stays up in a ridge, it’s a sign of dehydration. Other sure signs, aside from a severe lack of energy, is dryness of the mouth, sunken eyes, circulatory collapse.


3. Limit exercise
Unlike humans, dogs generally don’t know their own limits. If their breathing is taking much longer to return to normal after some light exercise and he’s generally struggling to keep up with his normal pace, slow things down - he needs to cool off!
If you’re spending some outdoor fun time with your dog, avoid the midday or early afternoon sun and head outside again after the sun has gone down in the evening.


4. Sunburn and Paw Burn
Dogs enjoy the sun like we do, but don’t let them sit there and bake themselves. At home you might need to physically restrict areas attracting most sun.
Tips of ears, nose, forehead and areas of fur you can feel getting hot all need sunblock to protect them from the UV rays!
Don’t walk your dog on hot surfaces. As a test, place the back of your hand on the surface, if it’s too hot, then it’s too hot for your hound!


5. Ticks, Fleas and Stings
Often taking your dog for walks through long grass can be a haven for ticks and other insects which easily get into their fur. Ensure you’re able to safely and effectively remove ticks and fleas without issues as they can cause infection and disease if removed incorrectly.
Most dogs will see a bee or wasp as a fun challenge to chase around! If you catch your dog doing this, distract them away from what they’re doing. For bee stings safely remove the sting with tweezers and wasp stings, bathe in malt vinegar or lemon juice (for bee stings bicarbonate of soda and water).

Remember, it’s summer time so have some fun - include some water as it’s a great way to cool down and a perfect distraction for all of us! Dog paddling pools are also a great idea…